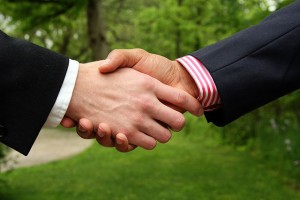 I once knew a manager who couldn’t have a conversation without using the phrase “start with the facts” or “starting with the facts”.  As much as I wanted to poke him in the eye back then, he’d actually latched on to a very astute approach.  Let me explain…

We’ve all probably been there: something’s gone wrong and all of a sudden… arms are flailing as people scurry around like the sky is about to fall on their heads.  But the sky doesn’t fall and tomorrow, well it’s simply business as usual.  Or perhaps someone identifies an issue… it’s catastrophic and could mean the end of the world as we know it!  Except it doesn’t and, well, everything carries on as normal.

I don’t know whether it’s human instinct, but some people have an affinity for the dramatic.  They amplify the smallest issues into tremendous-sized problems and set the hares racing whenever possible.  Now, I’m not suggesting they do this purposefully or with malice, but the fact is that they do it and the implications are significant!   I’ve seen resources wasted in abundance because the gunpowder has been lit by people amplifying issues – hundreds of man hours collating useless data, fire-fighting non-existent flames and investigating solutions that aren’t needed.  And at the end of it… well, we’re left with people who pat themselves for doing a good job in protecting the company by flagging these “issues” and others who are just that little bit more exhausted and cynical from the experience.

That’s where the facts come in… By starting with the facts, we manage to bypass all drama, amplification and wasted resources.

What are the facts?

A helpful way of gathering the facts is to think of the 5 W’s & H:

In practice, this could work out as follows:

Part X is missing from our forms!  Okay, so how many customers does that affect and how does it affect them?

Program Y isn’t doing what it needs to do!  Okay, so how often do we use program Y, what are the impacts and what are the alternatives?

Nobody can access Z!  Okay, so how many people are we talking about?  What can we do and what can’t we do without Z?

Starting with the facts is a powerful weapon.  You can use it in many ways:

And, of course if there is a problem, by starting with the facts you now have a powerful and compelling way to influence & persuade the people who matter, by demonstrating the detail they need to both investigate and resolve.  Indeed, as part of your fact journey, you’ll have also gathered key information that’ll be required to inform a robust solution.

Two for the price of one!